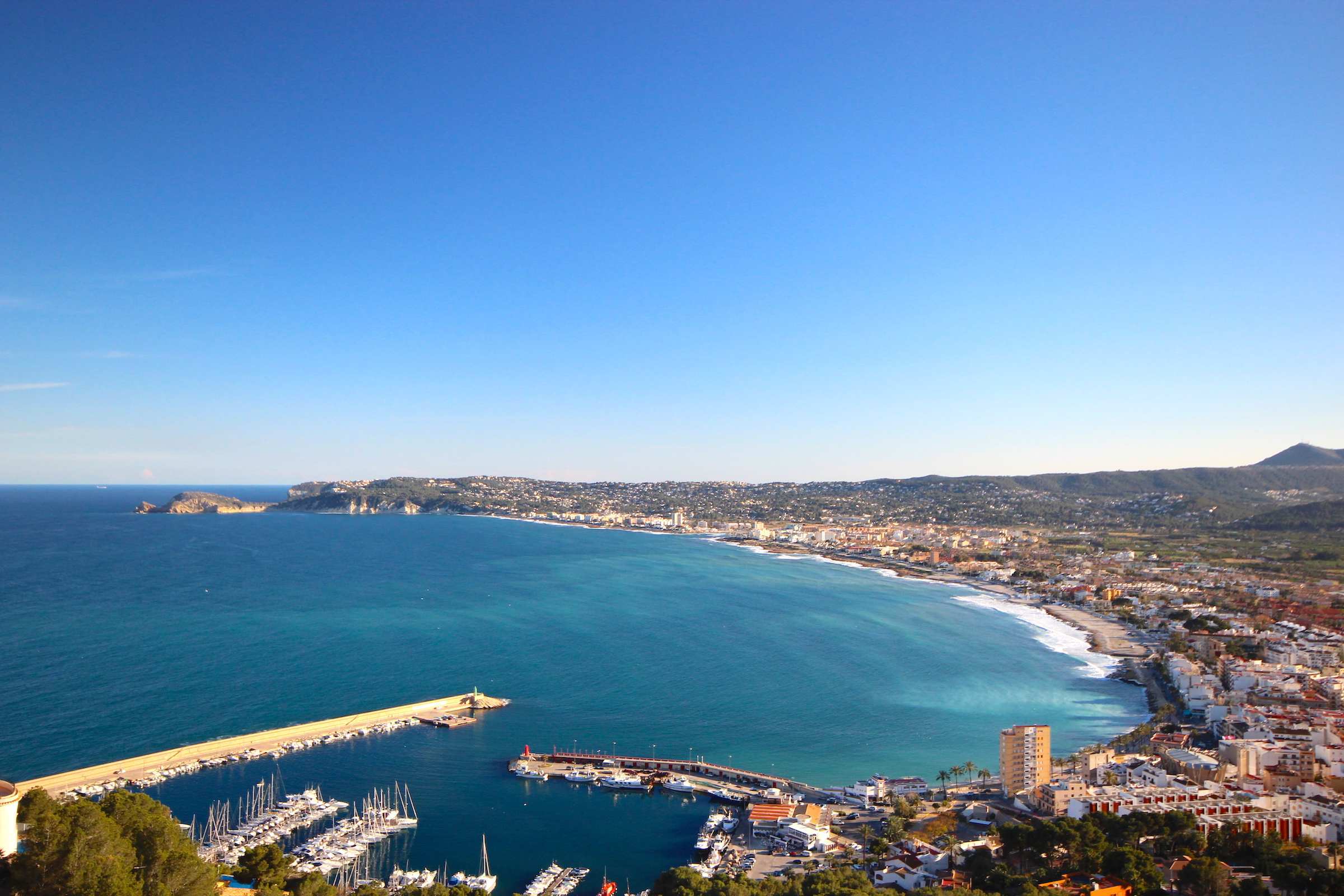 Javea is a town on the Costa Blanca, located between Cabo de San Antonio and Cabo de La Nao, sheltered by the massif called Montgo. One of the main characteristics of this Villa is that it is a quality tourist destination that has managed to maintain the typical charm of the Mediterranean towns.

In Javea we find three main urban areas: the Old Town, the Port and the Arenal Beach. The rest of the municipal term has a multitude of urbanizations perfectly integrated into the autochthonous landscape. In the Old Town we find a medieval layout, narrow streets, white facades, bars of forge and all combined with the traditional rough stone. In the heart of the Villa rises the Church of San Bartolomé. On one side of the church we find the Mercado Municipal de Abastos and on the other, the Town Hall. Other tourist attractions are: the Archaeological Museum Soler Blasco, the Chapel of Santa Anna, the Riu-rau of Català d'Arnauda, ​​the Convento de las Agustinas and the ancient medieval walls. Through its streets we find many small shops, tapas bars and other services. Going to the Mercado Municipal de Abastos to buy gastronomic products from the area is a must for tourists and residents. In addition, every Thursday morning there is an open-air market in the Plaza de la Constitución and Placeta del Convent. This area is very dynamic and is the administrative center because the City Council and its offices are located. You can also find bars, restaurants and many shops of family tradition. Throughout the year parties such as the Bonfires of San Juan are celebrated in the month of June.

Duanes de la Mar (Port)
The origins of the port date back to the fifteenth century, but it is in the middle of the 16th when it acquires a certain importance, which will grow in later centuries, being Javea port in the nineteenth century when it achieves greater success thanks to the export of raisin. They date from 1871 the first breakwater and jetty known. When this trade entered into crisis, at the end of the century, it went on to develop a purely fishing activity. Around the harbor grew the neighborhood of strong maritime character with old whitewashed fishermen cottages on the ground floor and narrow streets. The charm of this neighborhood is enhanced by the sculptural silhouette of the Church of Our Lady of Loreto, inaugurated in 1967, an important example of avant-garde religious architecture, which stands out for the bold design of its lines and the conception of space. Another building to be highlighted in the port is the Casa del Cable (1860), of which only the pillars of the "naya" are preserved and which has been rehabilitated for an exhibition hall. Over the years, this neighborhood has developed without losing its charm. At present, Duanes de la Mar is one of the liveliest neighborhoods throughout the year. In its streets we can find all kinds of shops, restaurants and other services. The arrival of the boats, the auction and subsequent sale of fish in the fish market have become a must for our visitors. Next to the port, the Yacht Club offers different options for lovers of water sports. Festivities are held throughout the year, the most important being the Moors and Christians in the month of July and the Virgin of Loreto dedicated to the patron saint.

Arenal Beach
Playa del Arenal is located in the center of the bay of Jávea. It is a large tourist center being the best known beach and visited by bathers, with fine sand and shallow waters. In this area there is a wide range of leisure and gastronomy. In one of its ends, where the National Parador of Tourism of Jávea is located, there was an important Roman settlement.

The summer nights at Arenal are very lively and bustling. Crowd of tourists and locals go to the leisure establishments as well as to the "chiringuitos" installed along the Paseo del Montañar on the seafront. This nucleus is one of the most cosmopolitan areas of Jávea, its tapas bars, restaurants and disco-pubs make it a must-see place and we are sure you will come back. It is in this area where our agency VILLADOM JAVEA PROPERTIES is located.